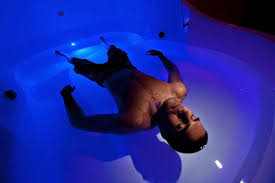 WHAT IS AN ADDICTION?

An addiction is a compulsion to do or have something, where the person feels as if they are not in control of their ability to say no, or stop doing something once they have started. Feelings of stress and/or anxiety can occur when the person cannot access or act out their compulsion.Compulsive behaviors or behavioral addictions can often be to things that are considered “normal” such as eating, exercise and shopping; however, there is a difference between someone who is occasionally over-indulging, and someone who cannot stop themselves.

Addictions not only apply to alcohol, drugs, or cigarettes – it can present itself in other forms such as coffee, stealing, gambling, shopping, computer games, internet, cybersex,mobile  as well as normally healthy things, such as food/eating, sex, exercise, and work.It is known that withdrawal symptoms are created by an oversupply of the neurotransmitter (brain chemical) norepinephrine in the limbic system (the part of the brain that controls emotions). Biochemical scientists are still in the process of developing chemical ways of overcoming addictions.

RESEARCH INTO FLOAT THERAPY AND ADDICTIONS

A lot of research has been conducted over the years to determine the effectiveness of floatation rooms in treating addictive disorders. The use of float pods and rooms has increased in recent years as the knowledge and understanding of the underlying processes to addictions has grown.In his book “The Book of Floating”, Michael Hutchinson shares that…both behavioural/cognitive psychologists and neuroscientists now agree that the floatation tank is a powerful tool for overcoming addictions, both by changing addictive behaviour and personality characteristics, and by bringing about rapid and striking changes in human biochemistry”.

Controlled studies into the effectiveness of float therapy have shown promising results than when used as a standalone intervention. Data shows   25% of people undergoing this therapy have abstained from smoking over a period of up to 5 years. It has found to be even more effective when combined with weekly support groups and up to 80% of people have remained smoke free over in just over 18 months.

The same method was applied in a problem that is even harder than smoking to solve or deal with: getting people to lose weight. Smoking is a relatively simple “all or nothing” behaviour pattern, while overeating is very complex.Float therapy combined with weight-reduction messages has been found to be very effective. Subjects who underwent the therapy were able to lose on average over 14 pounds over the following half a year, while those who were equally determined to lose weight, but only listened to messages, or only underwent the sensory deprivation, had lost virtually no weight after six months.The most striking aspect of the study is that the people who combined the sensory deprivation with messages continued to lose weight steadily, month after month, and were still losing weight after six months when the study was completed.

POSITIVE RESULTS AFTER COMPLETION OF STUDY

In fact, in the last four months of the six-month study period, the sensory deprivation group lost about 5 pounds while the other groups gained some weight. In addition, amazingly, this continuous and extended weight loss was the result of only one session of REST.In succeeding clinical studies, the technique was modified by personalizing the taped messages played to the subjects in the float pod, and found that the results were even more impressive, with some of the subjects losing as much as 66 pounds within two months.

Similarly successful results have been obtained in using the float room to help heavy drinkers reduce their alcohol intake, or stop drinking altogether.For several years, hospitals have used the float room as an integral part of their hospital-based stress management program. In a statistical analysis of eighty-seven outpatients gathered over a one-year period in the early 80’s, the hospital noted that those who used the tank had a 50% reduction in smoking and 45% reduction in alcohol consumption.

These statistics are striking, since the program was directed at general stress reduction and not specifically toward modifying a single behavior such as smoking or drinking.

HOW CAN FLOATING HELP IN THE TREATMENT OF ADDICTIONS?

1. RELAXATION OF THE MIND AND THE BODY

Much like the effects of meditation in terms of reducing anxiety, stress, blood pressure, muscle tension and changing brain wave activity. Floatation therapy allows the person to experience a change in their state of being which is more relaxed, and at ease.

As biochemistry and the nervous system shift into a place of relaxation and expansion.The need for substances that are used for this purpose is lessened substantially. Since endorphins (pleasurable, happy chemicals) are released when you float, the biochemical “need” for pleasure is satisfied, thus reduces one’s likelihood of needing to seek out other ways of meeting this need.

Being in the float room cuts out the need to place attention on external events, and instead shifts awareness inwards. With attention placed on one’s internal state, i.e. awareness of how you are feeling, what you are thinking and what is going on inside you.There are no distractions from your internal state.As there are no external problems to solve, problem solving can be turned inwards instead. Observing and monitoring the internal state can be motivating to do something about changing it.

4. A SAFE ALTERNATIVE TO ACTIVATE PLEASURE

Floatation therapy is safe, gentle and effective at relieving and reducing stress, anxiety, depression or other challenging states and feelings. Since these states can trigger the desire to repeat addictive behaviors for the sake of feeling pleasure as opposed to these pain-related states. The float pod can be a wonderful tool in providing a safe space to relieve both physical and mental symptoms of withdrawal and post-withdrawal. Even long after we have quit an addictive behavioral pattern, there are circumstances that will cause us to want to return to the addiction: stress, anxiety, depression, a certain individual, or other. When we realise there is a chance that we return to our addictive behavior, we can simply take a float, stimulate our pleasure pathways, and avert the return to the habit. If you or  someone you know is struggling with an addiction, why not suggest floatation therapy as a safe and effective way to cope and treat the stress symptoms of addiction.

WHO CAN USE FLOATATION THERAPY